White Wolf published five sets. All the other sets for Rage: Apocalypse were produced by the fans as PDFs. This is a summary of what is in each. Fan sets are designed to print 9 cards on a standard sized 8.5" X 11" sheet of card stock, without backs. We suggest sleeving them.

These are the published cards available on auction sites. They are made of incredibly durable card stock (tested by InQuest magazine!) which is very easy to hold and shuffle. All cards have a holo-sticker in the bottom-right, apart from Limited cards and (some) promos.
The first set contains core cards for the thirteen Gaian tribes of garou and most of the combat cards from the White Wolf sets. Most of the most powerful White Wolf cards are found in Un/Limited. Limited cards have no holo-sticker in the corner and quite a few of the cards were changed for Unlimited (for instance, Limited didn't have the Quest card type).

It was sold in starter and booster packs. The starters are the best way to get combat cards, normally including a couple of the "rare" combat cards such as Taking the Death Blow. The chase cards of the set, 13 foil Past Lives, can only be found in the booster packs.
The Umbra is a small set which introduced its namesake the Umbra, the spirit world that runs parallel but divided from the physical world. It is the easiest set to collect. The chase cards are five foil Realms (spiritual territories).
The Wyrm was the set which first allowed players to play on the other side and is important if you want to play the original Wyrm factions (including Banes, Fomori and Black Spiral Dancers). It is The chase cards are five assorted cards, some of which are very powerful.
Amazon is the rarest and yet, overall, the worst set. It introduced the Battlefield card type which took until 2015 to find effective rules for. It had Bastet (werecats), but they couldn't use their best cards. On the other hand, it had a handful of extremely powerful cards (e.g. Mantle of El Dorado and the now-fixed Visit from the White Father). Again, the chase cards were of different existing types.
The farewell set from White Wolf, Legacy returned to the rarity structure enjoyed in the first two sets and contained well-adjusted cards. It also introduced the Territory card type. The chase cards in this set were the Silver Pack, five legendary Garou. 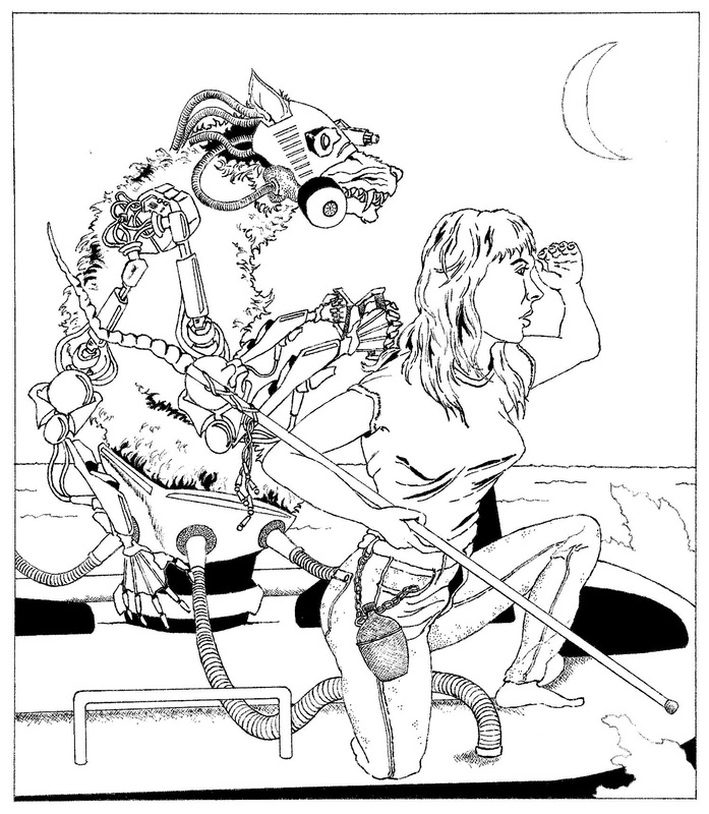 The fan sets started when Azrael handed their design files to their playtesters. They are published as PDFs and on Lackey CCG. The PDFs can be printed, cut out and sleeved to be played by themselves or alongside the White Wolf cards. They have all been rigorously playtested and have full-colour art.Set in King Albrecht's home turf, New England was put together in the general way of Legacy. It didn't introduce any new mechanics or strong themes. It does contain a number of solid cards and enable new strategies.We got permission from White Wolf to take the worst offenders from the original sets, reuse the same art and produce new versions. Includes Visit from the White Father and Mangle.The first block designed entirely by fans based on the eponymous African alliance of shifters. Sets were mostly based on specific factions. It developed various strategies (e.g. Firearms and Board Meetings) and added a lot of cards for a balance. Many Bastet tribes were introduced including Bagheera (panther), Bubasti, Simba (lion) and the Wyrm-fallen Hellcats. It enfolded 7th Sea into a new Cults faction and added the Walid Set (Egyptian vampires) as another Cult. It also introduced the Ajaba (hyenas) and Mokolé (lizards).
Call is designed as a self-contained block, where each of the decks can be played "out of the box" with minimal effort. Choose 20 Renown of characters and fight! The decks are balanced to be competitive against each other.

Call of the Sea introduces the mind-controlling Chulorviah, expands the Rokea (weresharks) and changed forever the mid-renown pack with the Sea Dogs cards. With the combat deck, players are no longer dependent on the original cards to create their combat decks.

Concolation Block
An ancient evil lurks beneath the Carpathians. The Shadow Curtain has fallen around Russia and the horrors Baba Yaga kept contained are free to try and rouse a new master.  The Margrave calls for a great moot of all the tribes to try and present a united front against this alliance of old foes.